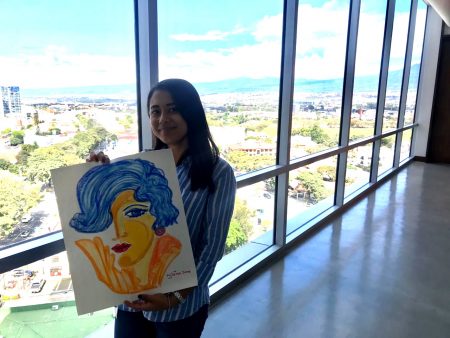 Last December, ArtWe has put into play a work on paper by french artist Mylène as part of an Instagram giveway contest. This event was launched to highlight the symbolic stage of 300 artworks exhibited on its online Art Galleries [Montréal & Toronto]. Winner was disclosed on December the 4th, her name: Ji Soo Kim, 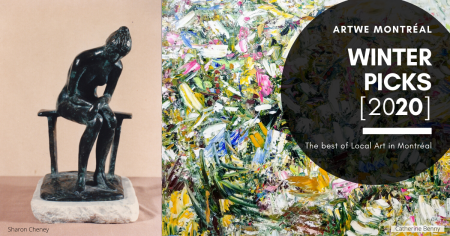 Each season of the year, the ArtWe team highlights work that shines with quality and originality. These are the gallery’s picks! Far from being an object of everyday consumption, artwork is imbued with humanity and meaning. It’s a material escape from everyday life, expressing emotions and ideas beyond language. This winter selection (5 artists / 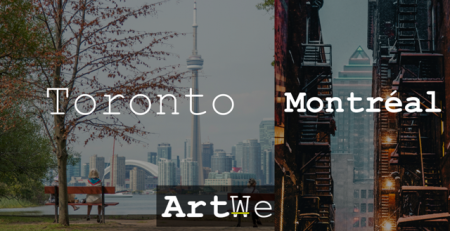 It’s live! Your Local Art Web Galleries for MONTREAL and TORONTO are now open.  What does that mean for you? If you are an Artist If you are an Art Lover Artist: Be local! It’s an opportunity for you to get a huge LOCAL VISIBILITY and to become the artist of your neighborhood. Submit a 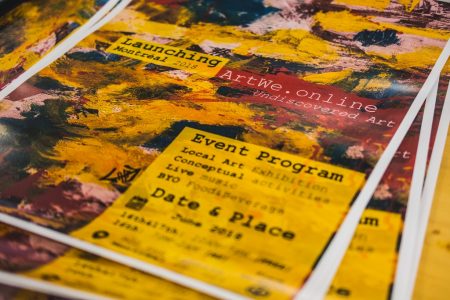 ArtWe Exhibition took place in Montréal on June 16th and 17th, 2018. It highlighted original and authentic artworks created by local artists from Montréal and its surroundings. The event had a casual, friendly, and artistic ambiance with live music, artistic creation and a bit of impostering! Many people attended and experienced a new approach to 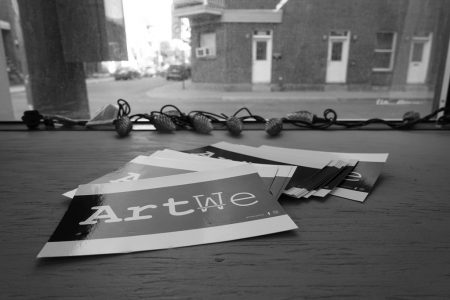 Art is the shortest way from Man to Man. It is upon this catchphrase that ArtWe builds its approach: to demystify art and make it accessible to all. Alfred Stieglitz, a great name in the American art scene from the early 20th century, had already noted in 1916, that the artistic approach proposed by the 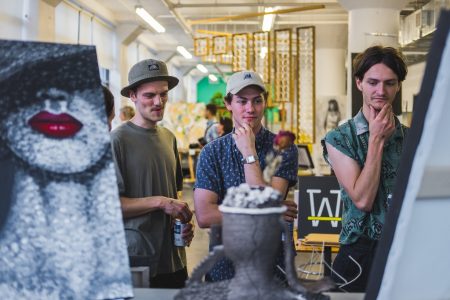 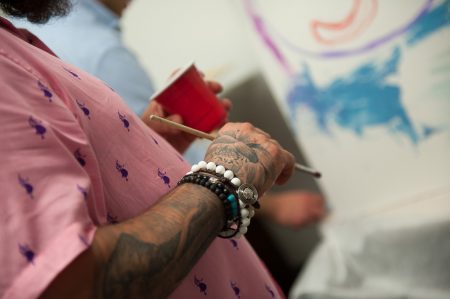 It was an evening when people could enter into a space and view the artists’ exhibited paintings and sculptures. The ambiance was welcoming and friendly; a down-to-earth place where creative blends, rich encounters and open-mindedness was encouraged. At the entrance, there was a large white canvas placed on an easel and accompanied by brushes, knives, 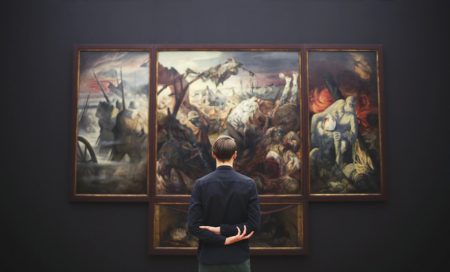 We all have been to a museum, either on our own free will or under the yoke of social constraint. We usually spend a good amount of time there. But it can also be an unpleasant experience when we spend so much time there that we get bored. So yes, a museum can be an 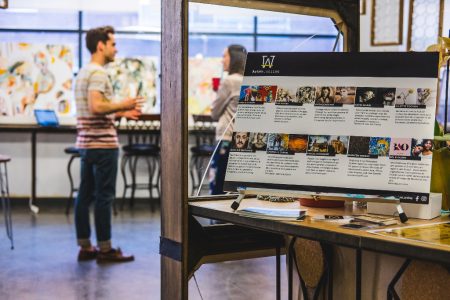 ArtWe was born on June 16th, 2018. This venture was made possible thanks to the efforts of nine artists from the Montréal art scene who liked the concept and decided to become involved by exhibiting their artwork for the launching event.  Aurélie Darish Caroline Bertrand Zoé Boivin Gabrielle Caron Juliette Tochon Vintage Mekare David Warin